Mark’s role as Director is to strengthen and develop partnerships, and with the help of the team get more people benefitting from sport and physical activity.

His first paid job in sport was as a swimming teacher aged 19, and after a short career marketing coffee; he went on to complete an MSc in sport and recreation management, before working in the research team at The Sports Council (now Sport England.)

17 years, and 7 roles later, Mark left Sport England to join the Bucks and MK County Sports Partnership as Director in 2012. Key to his role is interpreting national sports policy into deliverable action at a local level and removing barriers to sport and physical activity.

Mark is also passionate about supporting up and coming elite athletes and has been a long time supporter of the SportsAid Charity, holding position of Board Member for SportsAid Eastern for 6 years and currently serving as Chair of SportsAid Eastern.

Typical of most men in their early-fifties Mark looks longingly back at his former sporting glories, and now keeps reasonably fit by cycling, skiing, and captaining the oldest touch rugby team in the Bedford Blues League. 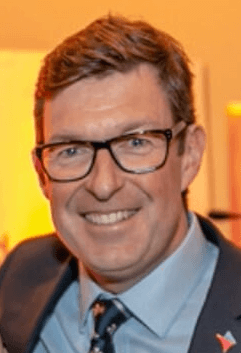 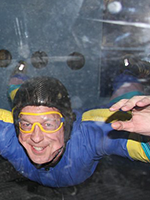