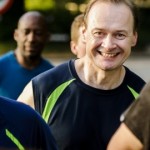 So you’re looking to attract new people to join your sports club or activity session? In Bucks & MK almost half of the population are inactive, or don’t do enough exercise to benefit their health, which means there’s a huge target audience you could be supporting to enjoy your sport, and helping to make your […] 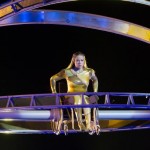 Tonight, (Friday 2 September) the Paralympic Heritage Flame will be lit for just the second time. Paralympic legend Baroness Grey-Thompson DBE will be joined by fellow Paralympian Kelly Gallagher MBE tto take centre stage at Stoke Mandeville Stadium at the historic ceremony. The Heritage Flame Lighting Ceremony is part of the lead-up to the fifteenth […] 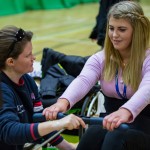 Bringing the Paralympics to life

Sport coaches inspired by the Paralympic Games now have the chance to make their clubs more inclusive and welcoming for disabled people, thanks to a series of new workshops.

Hunt for hidden clues on family day out

Explorers are being urged to search for hidden clues while enjoying a free family day out in the beautiful Bucks countryside. The Active Bucks project, funded by Buckinghamshire County Council, is encouraging the public to keep healthy by discovering the great outdoors via a simple smartphone app. People downloading the app will then be able […] 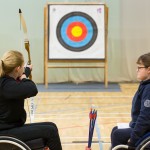 Able and inspiring – supporting disabled coaches to deliver and improve.

Encouraging, passionate, supportive – all qualities which make fantastic sports coaches. However if you’re physically disabled or have an impairment, it can be more challenging to utilise your skills in sports coaching. Well we think that should change through better support, funding and training. That’s why we have launched an exciting partnership with WheelPower and […] 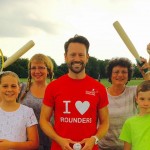 Bat’s the way to do it say local families

Families in Aylesbury are going batty over rounders sessions being played on Wednesday evenings all summer. Parents with school-age children have been flocking to Bedgrove Park in Aylesbury each week since the start of June – but there is space for more to join in. Adam Colley, who coaches the sessions, said: “The emphasis is […] 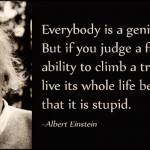 The key to ‘nurturing’ talent is playing to your strengths

Ask anyone at the top of their game, be it in sport, business or politics, about what got them there and you’d probably get a variety of answers. I’m therefore going to assume that talent is something that is nurtured as well as natural.  “Everybody is a genius. But if you judge a fish by […]

The moment we’ve all been waiting for is almost here. This years Olympics is in the famous Rio de Janeiro home of the Rio Carnaval, Corcovado Mountain and the statue of Christ the Redeemer. From August 5 – August 21 Rio will also be home to the Olympics and a fantastic spectacle of sport with […] 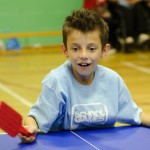 The iconic Stoke Mandeville Stadium played host to nearly 1,300 children on Friday July 1 as they competed for medals in the Bucks and Milton Keynes School Games. Dozens of schools from all over the county – from Wycombe to South Bucks, to Chiltern, Aylesbury Vale and Milton Keynes – took part in a fiercely-contested festival […] 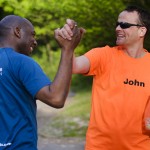 Are you ready to welcome new people to your sessions?

Your gut reaction might be yes, but take a minute and think about whether your club or organisation is really doing all it can to make it as easy and attractive as possible for new people to join and get involved? If you are a naturally sporty or active person, turning up to a new […]