Running is for life, inch forward making small improvements and enjoy the journey

When I first started running there were no couch to 5k and I didn’t feel confident enough to join a club. For a year or so I ran around with a friend and learnt a bit as I went along. Gradually I become more passionate ( obsessed !) with running and started reading everything I […]

And the shortlisted nominees are…

Each year the Bucks & MK Sport Awards celebrate and honour the people and organisations who make sport happen across the county. This year the standard of nominees was once again exceptional and the task of choosing the top three to be shortlisted was a real challenge for the independent panel. The shortlisted nominees for 2017 are: […]

Ministerial visit to Milton Keynes – Thursday 12th October 2017  Tracey Crouch, Parliamentary Under Secretary of State (Sport and Civil Society) will visit several venues in Milton Keynes to see for herself some of the excellent organisations and projects working to increase activity levels in the city.  Iain Stewart and Mark Lancaster, Milton Keynes MPs for South and North respectively, issued a joint statement:  “We […]

Upgrade your coaching with transferable games

Book onto the workshop here.

Nine teams stepped out of their offices on Friday 14th July for an afternoon of team building, challenges and all round fun at the Leap Business Games. At the event, held in Milton Keynes as part of MK50 celebrations, employees from businesses across Bucks and Milton Keynes challenged their minds and bodies, battling it out to be […] 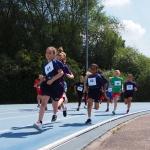 The iconic Stoke Mandeville Stadium is playing host to 1,200 children today (Friday July 7) as they compete for medals in the 5th Bucks and Milton Keynes School Games. Dozens of schools from all over the county – from Wycombe to South Bucks, to Chiltern, Aylesbury Vale and Milton Keynes – are taking part in a fiercely-contested […]

My journey into coaching came quite by surprise to me. Having never really been very sporty and plagued by severe anxiety I had always hidden myself away from the spotlight feeling like I had very little to offer anyone outside of my own family. My son, aged 6 at the time had asked to do […]

The Great British Tennis Weekend is a nationwide campaign encouraging more people to play tennis. Tennis is a sport for everyone so Clubs / Sport Centres all over the country are offering FREE opportunities to play in support of the campaign. Most people usually see tennis as a long back and forward game when watching […]

One month to go before the Leap Business Games!

Great organisations are run by great teams. You’ve hired the best people, now you just have to keep them working effectively together. So how well do you know your team, and what makes them tick? The phrase team building has a bad reputation, often welcomed with eye rolls and sighs. But it’s one of the […]