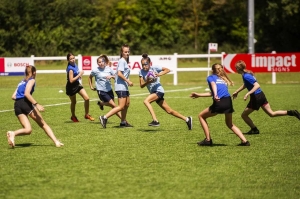 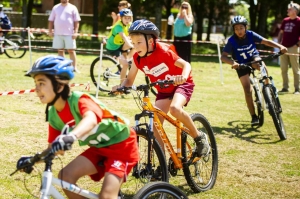 The iconic Stoke Mandeville Stadium played host to more than 1,300 children on Thursday (4th July) as they competed for medals in the annual Bucks and Milton Keynes School Games.
Dozens of schools from all over the county – from Wycombe to South Bucks, to Chiltern, Aylesbury Vale and Milton Keynes – took part in the event that gave many young people their first experience of participating in a major sporting event.
More than 90 schools were represented on the day, with students taking part in 15 different sports, from athletics to swimming, rounders, table tennis and cycling.
The event, which is the culmination of a year-long programme of activities was organised by Leap, the Sport and Activity Partnership for Bucks and MK, in conjunction with the School Games Organisers.
2018 Commonwealth Games netball gold medallist Ama Agbeze MBE gave an inspirational address during the opening ceremony. Afterwards she praised the games for being ‘so well organised’ and said: “Just being in the opening ceremony was amazing. The energy the children showed was amazing.”
Mrs Rachel Collins, a Year 3 teacher at Haddenham Community Junior School, was team manager to a group of 46 pupils competing across five sports. She said of the event: “It’s fantastic. The opening ceremony wowed the kids. A lot of effort had gone into preparing it and it spurred the children on to try really hard throughout the games.”
Cllr Brian Roberts, Chairman of Buckinghamshire County Council, was a guest at the event and was equally impressed. He said of the games: “I think it is wonderful how it brings youngsters together. Their enthusiasm is infectious.”
Aylesbury Grammar School student Theo Parfitt, 14, wowed the crowds by singing the national anthem at the opening ceremony. Proud mum Kim from Aylesbury said: “It was a really amazing ceremony. It was like something in a festival. It was probably the biggest crowd he has ever sung to.”
Seb Clark, a teacher at John Hampden Grammar School and School Games Organiser for the Wycombe area, said: “It is an incredible collaboration of schools and athletes brought together here. It’s great for them to have the opportunity to compete against each other and to challenge themselves and realise what potential they might have.”
Jonny Reynolds, Sports Manager at The Disraeli School in High Wycombe, said of the event: “It’s been absolutely brilliant –  a fantastic opportunity for the children to really shine and thrive. It’s been really well organised.”

Sue Imbriano, Chair of Leap, told VIP guests: “When we see what we have seen this morning, for me it re-energises the moral imperative we have to help young people be the best they can.”

The event comes at a time when activity levels amongst young people are a hot topic. Across Buckinghamshire and Milton Keynes, research shows that just 15.1% of children and young people reach the recommended activity levels of 60 minutes each day. This is a picture reflected nationally, where across the board too few children are active enough to maintain good health, say Leap.
The School Games is one of several programmes aimed at giving young people an active start in life and using the power of sport to help develop vital skills like resilience, communication and teamwork.
However, school sport is just one part of the story. Sue Imbriano added: “Breaking the 60-minute daily target into 30 minutes in school and 30 minutes out of school makes it a shared responsibility for schools, families and communities alike. But with 68% of adults unaware of the recommended exercise time for children, there is work to be done to make this a reality, including improved education, investment and opportunities.” 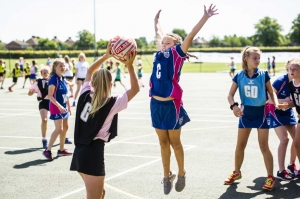 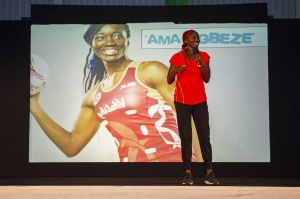