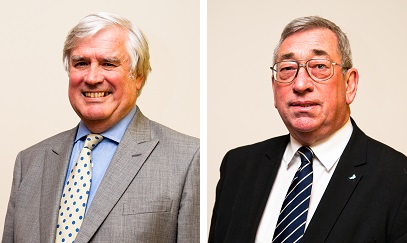 Roger Fennemore was honoured in the Queen’s New Year’s honours list for services to sport receiving an MBE. Roger has dedicated himself to supporting and developing a number of sporting charities and organisations in Buckinghamshire and across the East of England.

Roger, supported by his wife Sally, has run Sporting Lunch Clubs on behalf of the national sports charity SportsAid since 1999, raising in excess of £2m for talented young athletes across the East of England.

Since retiring from legal practice, Roger has held a number of high-level volunteer positions, including deputy-chairman at Sport England East, a Sport England appointed role to lead the review of Stoke Mandeville Stadium, and board member and current Chairman of Leap, the Bucks & Milton Keynes Sport and Activity Partnership. Leap Board Member, Dr Philip Smith was also honoured receiving an MBE for services to business and the community. Philip is an experienced non executive director with background in large multi -national business and small and medium enterprises. A significant and active figure in MK business and sporting circles, Philip has a lifelong interest in football having been chairman of Leicester City FC and currently local side Stony Stratford Town.